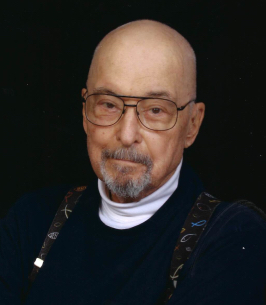 G. Richard "Dick" Wirtenson, 88, of Spring, TX and formerly of Pleasanton, CA & Acton, MA, passed away peacefully on Saturday, July 23, 2022 in the comfort of his home.

He leaves his dear wife, Helen M. (Lyons) Wirtenson, of Spring, TX; his children: Richard Wirtenson and his wife Joanne, of Shrewsbury, Laurene Couture and her husband Joe, of Sugarland, TX, Jean Marie Hollingsworth and her husband Paul, of Vienna, VA, Kathleen Linden and her husband Todd, of Spring, TX; his grandchildren: Natalie, Kyle, Dan, Alex, Matt, Max, Celeste, Anna, Gabby, and Griffin; his great-grandchildren, JoJo, Kolton, Karter, and John; along with many nieces, nephews, and friends. Dick was predeceased by his parents, the late George J. and Ann (Perez) Wirtenson; and his loving brother, the late Allen J. Wirtenson.

Dick was born in Jamaica, Queens, NY; and was raised in Lynbrook, Long Island. He was a graduate of St. John’s High School in 1951, and was the first in his family to graduate from college (in turn, he was so proud of the fact that all of his children graduated from college) – he received a BS in Chemistry in 1955, and a Masters in Chemistry in 1957, both from St. John’s University.

Dick married his dear Helen in 1957. He worked initially as a Chemical Engineer for Sperry Rand Corporation on Long Island. Dick then moved his family to Acton, MA in 1967, taking a job as an Optical Engineer with Itek Corporation. In the late 1970’s, he left Massachusetts for Pleasanton, California to further his career with Lawrence Livermore National Laboratories. Dick was extremely proud of his work as an Optical Engineer and Inventor, and held several optical coating patents. He also worked on various Apollo Missions while at Itek, and the Shiva/Nova Laser Fusion Project while at Lab. He also did research associated with the Strategic Defense Initiative while at Livermore Labs, working for both the Energy and Defense Department.

His hero was Ronald Reagan; Dick was a Barry Goldwater Republican, a proud American, and loved his country. Stereotypical Germans can be known as ‘stubborn’ and ‘opinionated,’ and he could certainly be that – in some ways he wore it as a badge of honor.

Dick loved Yosemite National Park, taking dozens of trips there while living in California. Helen and Dick also loved attending the Oregon Shakespeare Festival in Ashland, Oregon and visited many times, as well as the shows at the Woodminster Amphitheatre in the Oakland Hills, with about 20-30 of their closest friends. He also enjoyed a Colorado Raft Trip through the Grand Canyon with 15 friends.

Dick and Helen had a huge number of friends, between golf, prayer groups, church, work, etc. – he cultivated all kinds of friendships, especially those that would give him an audience on anything from politics to the Catholic church, to astronomy.

He was in Cursillo when he was younger, and was a Eucharistic Minister and Lector. Dick was very involved in prayer groups, men’s Catholic organizations, and was a devout Catholic.

He also loved playing golf with his buddies in Pleasanton at the Pleasanton Fairgrounds.

Dad will be missed by his family, and anyone who knew him as a friend.

Photo Gallery
0 photos Upload a photo
Remembrances
0 entries Submit a remembrance
Memorial service
Relatives and friends are invited to gather for his funeral Mass which will be celebrated at 10:30 AM on Saturday, August 27, 2022 at St. Anne’s Church, 130 Boston Tpke, Shrewsbury. Burial will follow in Mountain View Cemetery, Shrewsbury.
Make a donation
Donation to a charity of your choice in lieu of flowers
About this site     Contact us