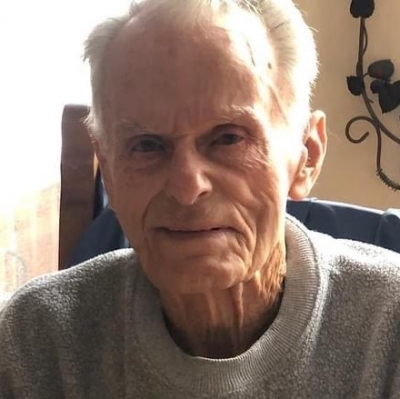 In 1935, Jerry was born to Norman & Mary (McHale) Macauley in Alameda, CA and was later raised in Oakland, CA.

He graduated in 1953 from Acalanes High School in Lafayette, CA. As a popular student who excelled in sports, he was most notably recognized for excelling in baseball and golf, with golf becoming a life-long passion of his. After graduating, Jerry enlisted in the Army where he was first stationed at Fort Ord before going to Nevada where he was instrumentally involved in A-bomb testing.

Upon completing his service, with honorable discharge in hand, he returned home to join the family business, Auto Parts & Machine in Oakland, where he worked many years alongside family members until his father, Norman, retired and Jerry took over. He piloted the business to maintain its position as one of the premier parts stores in the East Bay as well as working in sales and as a machinist until he was almost 80 years old. During his last 15 years of running the machine shop, he also taught Automotive Machine Technology during the evenings at Chabot College in Hayward, CA.

In February of 1979, Jerry and Diane (Johnson) Myall joined in wedlock and made their home in Pleasanton, CA, where they were long-term members of the Castlewood Country Club and enjoyed being "Mr. & Mrs. Club Champion" on 3 separate occasions, as well as Jerry winning the "Senior Club Championship" in 1985. At 67 years old, Jerry aced the #4 hole at the Castlewood Country Club after 57 years of play.

His gregarious personality ensured most every person who had the opportunity to meet him instantly liked him and further attributed to so many close friendships throughout the years.

Jerry was preceded in death by his wife of 27 years, Diane, and is survived by his brother; Patrick Macauley (Sally), his son; Larry Macauley (Stephanie), his daughter; Laura Stone (Mark), his grandchildren; Ryan Macauley (Alyssa), Rhianna Menzies (Josh), Crystal Upton, Catherine Figone, and Michael Figone, and his great-grandchildren; Malachi and Shiloh Menzies, and Jack Macauley. Stepsons Mitch and Greg Myall

There will be a private family celebration of Jerry's life.