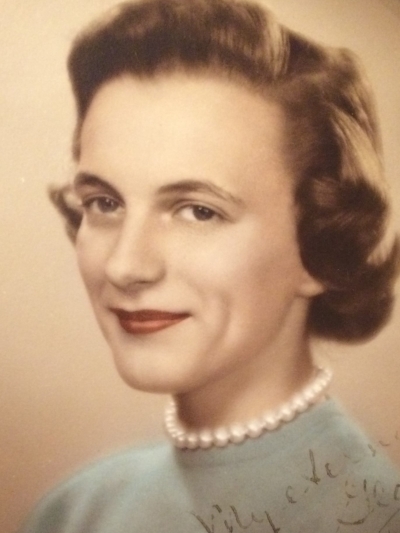 My grandmother died on the 25th of September, 2020, at the age of 85. Her death was thankfully a peaceful one. Yet it created a void of what is essential: Wisdom. A quintessential portrait would be her sitting in her townhouse, laying back in her ‘evil chair’ (because it was so comfy you could not get up), and reading a book. One example of her wanting to share her love of books was when teaching a class of adult men to read. She engaged them with Mark Twain and comic books. She would finish any books she read, even if she personally did not like what they had to offer (she recently finished reading Nietzsche). To her right would be a couch where her family and friends would sit. Going counter clockwise was the entrance to the yard where the sun would come beaming in. To her front was the TV, where she would always put on classical music. Next to it, a small painting of men debating in an animated manner, which reminded her of the Polish family she was raised with; this was given to her by her son Marvin III. And to her left, is her library. It took up her entire wall, with every classic book she had read, her favorite spy novels, poetry, and more. Recently, she was rereading the Fall of the Roman Empire, a murder mystery, and Jim Morrison’s book of poetry. Her love of reading was how she maintained her wisdom. Personally, I feel she would encourage us to fill said void, with the wisdom of our own experiences and kindness.

Gloria Sagan Green was born August 25th, 1935 in Hamtramck, Michigan, but was raised by her grandparents Leontine and Adam Sagan as a Roman Catholic. A graduate of the University of Michigan and a teacher of children, she later worked on her MS at San Francisco State University becoming an Adult Educator. She travelled the world with her husband Major Marvin Green Jr. and children, ultimately teaching people of a variety of ages and cultures. She was a fabulous cook, a great sounding board, and most beloved mother, grandmother, great-grandmother, and neighbor. In the early 2000s she retired from Bates Technical College in Tacoma, Washington, and moved to Pleasanton, California. Her associations include the American Association of University Women (especially the local AAUW’s Tech Trek Scholarship Fund), the ACLU, the Girl Scouts of America for whom she sat as President of the Pacific Peaks Council in Washington, and the Tri-Valley Women’s Action Group. She was a Red Wings fan, and a fan of the 49ers, regularly attending their games with her sons. She is survived by her 7 children, Charlene, Laurene, Julene, Marvin III, Adam, Eilene, and Christine, as well as her 7 grandchildren, Genevieve, Marvin IV, Bradley, Sagan, Terrence Jr, Anna, and Alexander, and her 3 great-grandchildren, Grant, Zephyr, and Graham, and Robert and William Salowitz (cousins raised as younger brothers). Finally, she was an active participant in our democracy, as an election assistant, by supporting causes, by canvassing for candidates, by regularly discussing any political ideas, and always encouraged others to vote. This is the legacy she passes on to us.