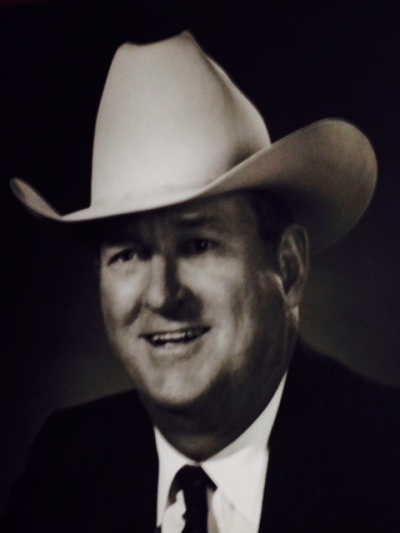 Gordon Ross Rasmussen, 85, passed away of natural causes on October 9, 2020. He was a lifelong rancher in Tassajara. Born in Livermore, Ca. on January 13, 1935, his parents, Edward and Selma Rasmussen brought him home to Tassajara to meet his sisters, Joann and Claudia, a year later his sister, Nancy was born. As a young boy, he loved the ranch and learned to ride his horse so he could gather cattle with his Father and Grandfather, John C. Rasmussen. Gordon attended school at the Tassajara Schoolhouse until the 6th grade when the students were sent to Danville School District. Gordon graduated from San Ramon High School in 1952 and earned his college degree in Animal Husbandry at University of California, Davis. He enlisted in the United States Navy, Naval Air Division in 1956-58, and the Naval Air Reserve 1958-59.

Anxious to begin his Beef Cattle career, he returned to Tassajara and worked with his Father, and rented available ranches in the area. He became involved in the Beef organizations and served as Secretary-Treasurer of the Contra Costa - Alameda County Cattlemens Association, later as Vice President and President, receiving Cattleman of the year award in 1964. He also worked on committees with the California Cattlemens Association and served a term as Vice President and then Treasurer for six years. He was a member of the California Beef Council and was President. In 1991, Gordon received the honor of “California Livestock Man of the Year" award presented by the California Chamber of Commerce.

In 1961, Gordon married Karen Kramer, and they had three children, Kari, Ross and John. They made their home on the ranch and when development began in Tassajara, Gordon purchased land in Dixon, to expand the cattle operation into the future. Gordon continued his interest in the Beef organizations and served on the Cattle Fax board, (marketing arm of National Cattlemens Association), later as President. The National Cattlemens Executive Board, The Cattlemens Beef Board was established and he served on the board for several terms. Locally, Gordon was a founder, organizer and director of the Livermore National Bank until it was sold in 1968. He was Director of Community First National Bank, Pleasanton until it merged with US Bank in 1991. He was also a Director of Livermore Production Credit Association 1969-1987 and Chairman from 1975-1987. Gordon was on the board of directors of the Dublin Cemetery Corporation for many years and served as President in 1993.

He was a founder and organizer of the Tassajara Volunteer Fire District. He served as a commissioner for twelve years, and chairman for eight, while serving as Assistant Chief. He also was a board member and president of the Contra Costa County Fire Commissioners. He was a member of the Pleasanton Mens Club, the Alameda and Contra Costa County Farm Bureaus, Livermore Study Group, Solano County Cattlemens Association and Rancheros Visitadores. Gordon and Karen loved to travel and toured many states with Agricultural tour groups. They also toured Ireland and Scotland with fellow Cattlemen as well as Argentina, Australia and New Zealand. He enjoyed visiting Denmark and relatives, and they ventured to China and Egypt.

In later years, as the family increased, he enjoyed the grandchildren and now the great grandchildren. Gordon had a wonderful life, enjoying his family, loving his cattle business, and friends and helping to make the world a better place.

Private family services were held at the Dublin Pioneer Cemetery on October 15, 2020 (due to Covid-19).