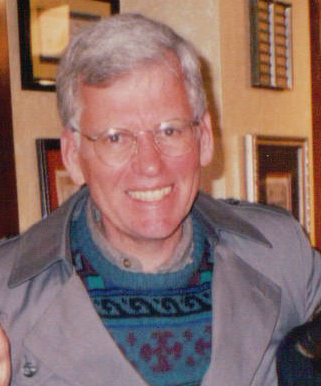 Gustav passed away peacefully after a short battle with Alzheimer’s disease. He was 73 years old.

Gustav was raised in Camaguey, Cuba. At the age of 12, after witnessing Fidel Castro’s Revolution, he and his brother fled to Chicago, Illinois, and later their parents were able to join them. During this time, he admirably took over the responsibility for his younger brother, shepherding him into a country where he didn’t speak the language or understand the culture. He received a BS degree in Astronautical and Aeronautical Engineering from the University of Illinois and MS and PhD degrees in Applied Mechanics from Stanford University. His professional career included tire research and design at Uniroyal, soil mechanics and foundational engineering at Exxon, and reconstruction of vehicular and industrial accidents using math and physics for his own company, Amador Newtonian Engineering, which he operated for 25 years.

Though he had many academic and professional accomplishments, these were not what defined him. He was passionate about social justice, nonviolence, helping the less fortunate, devotion to equality for all, true enjoyment of learning about and respecting other cultures, commitment to religious understanding and appreciation, and genuine fidelity to peace and justice.

His experiences shaped who he was – and he took action to affect change. In Cuba his parents were of two different religions. His mother’s family was Catholic and in those days, many good Catholics believed that non-Catholics were headed for Hell. Gustav knew his father and his relatives, and could not imagine their everlasting punishment for joining a different denomination. Because of this he took trips to Palestine and Israel, brought interfaith programming to the Tri-Valley, prayed with Muslims and Hindus in India, and regularly prayed with several faiths – sharing new perspectives and learnings with all he encountered. He believed all religion is based on the same premise – treat each other well. To further this, he served as a volunteer pastor at Santa Rita County Jail for over 20 years, providing a religious service, and also talking to the inmates about their story, and their future.

During the Castro Revolution he witnessed the torture, horror, and destruction of war. He became a refugee when his parents sent him and his brother to the United States. Because of this he demonstrated against nuclear weapons development, personally helped Afghan refugees relocate to our country, rallied against capital punishment, refused to work on war-related projects while at Lockheed Missiles and Space, visited Nicaragua during the Contra War to deliver aid and support, and traveled to El Salvador to pay tribute to four nuns that were abused and murdered there.

He loved deeply, though not always successfully and was an enthusiastic teller of jokes, many of them bad. He loved to watch sports games and go on hikes with his son, and play chess, study maps, go to parks, and be silly with his grandkids. He truly believed that in death, he would “go to his reward.”

Gustav is survived by his children, G. David Nystrom of Davis, and Christina Nystrom of Pleasanton, and his grandchildren Ashley and Thomas Mantha of Pleasanton, and his host son Patrick Gerigk of Germany. He is also survived by his mother, Gloria Nystrom of San Jose, brother Halvard Nystrom (Linda) of Sunnyvale, and nieces Joy Goor (Jared) of Sunnyvale, and Michelle Nystrom (Max) of Redwood City, and their children.

All are invited to an interfaith celebration of life service on Saturday, April 30, 2022 at 1pm at Lynnewood Methodist Church (4444 Black Ave. Pleasanton, CA) followed by a social gathering. In lieu of flowers, please consider donating to Pax Christi International or CAIR (Council on American-Islamic Relations).