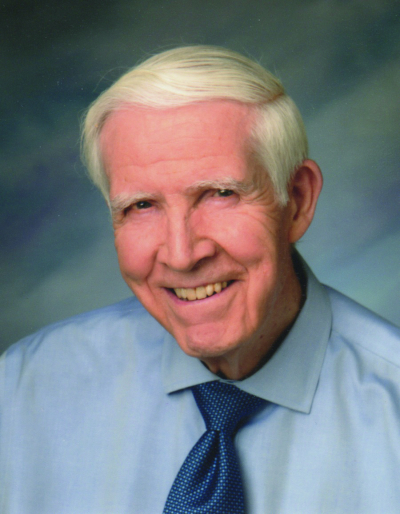 The Rev. H. Roger Lewis, known in the Livermore Valley for his warmth and kindness, was promoted to meet his Lord face-to-face on December 17, 2022. He passed at Bethany Home in Livermore at the age of 90. Roger pastored Cedar Grove for 20 years after moving to Livermore in 1974. After leaving Cedar Grove, he established Monarch Ministries and ministered to fellow pastors with monthly gatherings, individual meetings over meals and a monthly newsletter. He leased a commercial quality color copier to produce the 16-page newsletter and did so until a couple of years before his passing. When in public, he always had a smile for servers at restaurants and checkers at supermarkets and loved to kindly minister to them. The newsletter provided one outlet for his graphic design skills, an aspect of his art gifting he pursued throughout his life. He also loved to work with wood and draw. Roger served several three-year terms as a director of Shepherd’s Gate, the Christ-centered home in Livermore and Brentwood for women and their children. His family summed up his life in three words: faith, love and kindness. Roger was born to Howard J. and Lillie Mae Lewis in Rochester, NY and grew up there where his dad farmed an apple orchard while his mother taught school. An only child, he created works of art to occupy his time. He graduated from John Marshall High School and served in the U.S. Coast Guard during the Korean War, receiving the good conduct medal. He met his wife-to-be, Amy Claire Sickman at a church group for college-aged young people in New York City. They married and he worked and attended New York University’s school of commerce at night. They moved to New Jersey so he could attend Bloomfield College in New Jersey where he majored in history and graduated cum laude with a bachelor’s degree. They moved across the country to Berkeley where he attended seminary at Berkeley Baptist Divinity School in 1962 and he was ordained in the North American Baptist denomination. After serving in Seattle and Hayward, the family moved to Livermore in 1974 when he was called to pastor at what’s now Cedar Grove Church. Amy battled Parkinson’s Disease for 31 years until her passing in 2012. Both she and Roger ministered to people they encountered throughout that time, blessing many. His devotion to her and his care for her were notable to anyone who encountered them. When she went home to Jesus, he proclaimed she had received “her promotion.” The art in their home celebrated family and Jesus Christ. Roger had a ready sense of humor that often was expressed as a pun. He is survived by his sons, Mark Lewis of Burbank, Andy (Aleta) Lewis of Santa Cruz and Lynn Lewis (daughter-in-law) of Marina, Ca. Her husband, Roger’s son Paul Lewis, drowned on Christmas Eve in 2019. He also is survived by Andy’s children: Cassidy, Michael and Joshua Lewis; and Paul’s: Grant, Phoebe, Julia, Kirk, Belle and Nehemiah. The family thanks Teresa Bowman for her tender kindness in caring for Roger as well as the caregivers at Bethany House and the Hope Hospice team. He was interred next to his wife at Memory Gardens in Livermore. The service was private.