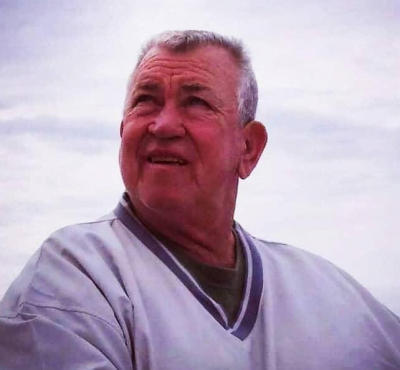 Harry Miller was born to coach young people. And coach he did.

But he is best known as the co-founder of Ballistic United Soccer Club of Pleasanton and the coach of its Under-12 soccer team. It was with the Ballistic United Under-12 team that he built both the soccer program and his reputation.

He coached the team to multiple state titles, Western Regional titles and international tournament titles. He was named state Coach of the Year. He was honored with the Ed Kinney Patriot Award in Pleasanton. Miller has been inducted into three soccer Hall of Fames. After being in ill health for a few years, he died Aug. 10, 2021 in his Pleasanton home. He was 86.

Miller coached the Ballistic United Under-12 soccer team for more than 25 years and took them all over California to play. His teams often played more than 100 games during their seasons that routinely included four games over a weekend. He was known for his signature black nylon coaching shorts, which he wore regardless of the weather. During one dinner celebrating his accomplishments, the dress was a tuxedo shirt, black bow tie and black coaching shorts.

He will be laid to rest in the Pleasanton Pioneer Cemetery wearing his favorite coaching shorts, a coaching shirt and his coaching jacket. Miller worked professionally as a medical malpractice investigator, a job that freed him up in the afternoons to coach.

Kevin Crow, Ballistics' executive technical director of playing and coaching development and an alum of the program and Miller's team as well as Amador Valley High, wrote in an email, "Ballistic United and Cal North (youth soccer) just lost one of the most important individuals that helped shape both organizations and the youth soccer landscape in Northern California.

"He was a pioneer and led the way for over 25 years dominating the U12 landscape. Opposing coaches got so tired losing to Mr. Miller that they would spend time with him to learn about his methods. In the end, Mr. Miller's teams built the brand and reputation of Ballistic, within California, the U.S. and Internationally in Canada and Mexico.

"His team simply won everywhere they traveled! He left his imprint on the game, the club, and the many players that were fortunate and proud to have played for him. His winning record has stood the test of time and his players will remember the positive impact he had on their lives forever!"

With the rigorous weekend travel schedule, Miller also mastered the art of ensuring that the parents both had a good time on those trips and supported the team.

Miller was born in Pittsburg, California to Harry and Hilda Miller. He played football and graduated from Mt. Diablo High School. He attended Chico State University and later graduated from Cal State Hayward (now East Bay). He married Georgianne Miller in Reno in 1960 and they had two children, Dennis and Pam.

He enjoyed traveling with his wife Giorgianne, fishing with his son, Dennis and watching his daughter Pam play soccer. Several times he took the family along on business trips to Alaska where they would fill a cooler with frozen salmon and halibut steaks. He and Georgianne enjoyed a midweek trip to Cache Creek Casino Resort for many years in retirement. A regular treat was a good cigar.

Photo Gallery
0 photos Upload a photo
Remembrances
0 entries Submit a remembrance
Memorial service
Interment will be private. Friends are welcome at a viewing from 2-5 p.m. Saturday, Aug. 21 at Graham Hitch Mortuary, 4167 First St., Pleasanton. A celebration of his life will be scheduled later in the fall.
Make a donation
The family prefers contributions in his memory to the Harry Miller Coaching Endowment at Ballistic United. Please contact Ballistic President Scott McMillin at [email protected]
About this site     Contact us