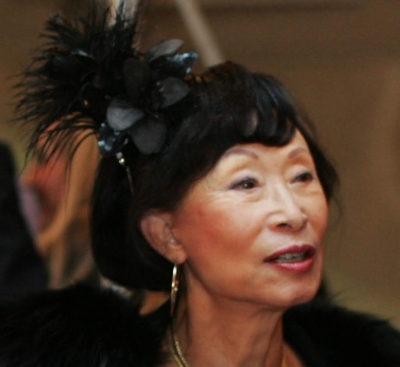 Hedy Wee, a resident of San Ramon, CA and former resident of Alamo, CA, passed away on August 30, 2019, in Walnut Creek, CA, after a short illness. She lived an extraordinary life that began in Wuxi, China in 1932. Her family then lived in Nanjing, China, fleeing just before the Japanese invaded. Her father, a leading Chinese journalist and editor, moved the family to Chongqing, China’s wartime capital. Hedy and her family remained there for the rest of World War II, enduring Japanese bombing raids for seven years. There, she was among the youngest students in one of China’s top high schools (Nankai Secondary School). She eventually returned to Nanjing with her family where she remained until the communist revolution forced her family to flee to Taiwan in 1949.

There, she met her future husband, William Wee, before she won a scholarship to attend Mount Marty College (now Mount Marty University) in Yankton, SD. She later transferred to and graduated from the College of Puget Sound (now the University of Puget Sound), where she studied business and English literature on a full scholarship.

Hedy married William Wee in Tacoma, WA, while they were still students. After graduation, they move to California. They lived in Oakland before settling in Walnut Creek in 1956 where they developed lifelong, deep friendships with their neighbors. In the mid-1960’s, they founded and built the Continental Merchandising Company, later located in Concord, CA, that imported and sold sewing products to fabric and craft stores nationwide. Hedy served as vice-president at a time when fewer women worked outside the home, and was the key to the company’s enormous success.

Hedy loved tennis - she was one of the original members of Round Hill Country Club in Alamo and a fierce competitor on the court-- as well as swing dance. She was an exceptional bridge player and was one of the top competitors in her area. She achieved the level of Ruby Life Master. Lake Tahoe was one of her favorite places where she skied during the winters.  She spent many happy summers at the Tahoe Racquet Club.

People who knew her said that she was an inspiration to them on how to live life. She found joy in each day and stayed young at heart until her last day.

Photo Gallery
0 photos Upload a photo
Remembrances
0 entries Submit a remembrance
Make a donation
Please make donations in Hedy's memory to the Humane Society at https://www.humanesociety.org
About this site     Contact us