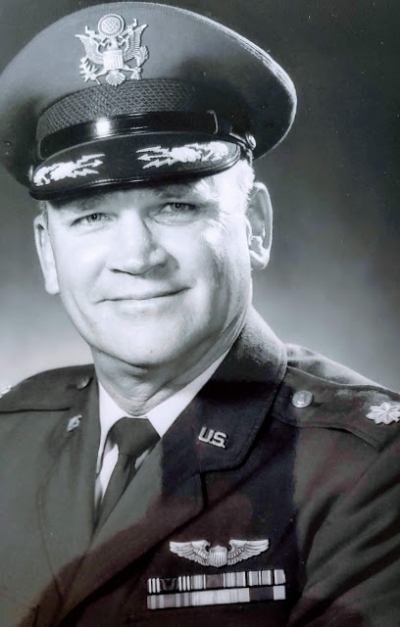 Hollis Beckett loved to fly, and his life personified flying. He always wanted to become a pilot, and he was granted his dreams to fly.

Hollis Harold Beckett Jr. passed peacefully on November 19th 2019 at the age of 98 years young. He lived the life of a dedicated member of the Armed Forces. Enlisting in the Army the day after Pearl Harbor, he was probably surprised when some time later he took a test and was accepted into the Army Air Corps, and spanning over 30 years of service with what later became the Air Force, and switching to the Air National Guard, ending at the 234th Mobile Command Squadron at Hayward, CA in 1976 at the rank of Lieutenant Colonel.

Cataloging over 6600 hours in flight, Hollis had flown most every airplane, including the AT-6, the U-10, and the C-45. He served as a flight instructor for many of his years, such as for the B-25. His personal manual on technical instruction and pre-flight checks gave direction in preparing lesson plans for his students.

Hollis married Nadine in 1954 in a chapel at March Army Air Base in Riverside, CA. Celebrating 65 years of marriage, amazingly the second marriage for both of them. They raised their two daughters, Heidi and Holly, mostly here in Pleasanton, while Hollis was serving with the Air National Guard with his unit based in Van Nuys, CA. He worked out of the Naval Air Station in Alameda as an NTSB Accident Investigator for some years after his honorable discharge. His last day of civilian retirement in June of 1986, Nadine hired a limo: “...not a fancy one, the girls and I arrived at the gate and received permission to enter”. Hollis was so surprised and happy to receive a grand send-off, even the Gate Guard looked back and said 'wow!'

Hollis enjoyed his retirement while worshipping at First Presbyterian Church in Livermore but loved 'serving' as an original member of the Balloon Platoon, marching for over 30 years here in Pleasanton and in places around the globe.

His Celebration of Life and full military honors will be given at 1pm on December 29th 2019 at the Pleasanton Veterans Memorial Hall in downtown Pleasanton, 301 Main Street. In lieu of flowers, the family requests for donations in Hollis' name to VFW Post 6298 or American Legion Post 237 in Pleasanton.

Photo Gallery
0 photos Upload a photo
Remembrances
0 entries Submit a remembrance
Memorial service
His Celebration of Life and full military honors will be given at 1pm on December 29th 2019 at the Pleasanton Veterans Memorial Hall in downtown Pleasanton, 301 Main Street. In lieu of flowers, the family requests for donations in Hollis' name to VFW Post 6298 or American Legion Post 237 in Pleasanton.
Make a donation
VFW Post 6298 http://www.pleasantonvfw.org/?page_id=321 American Legion Post 237 https://www.americanlegionpost237.org/donate.html
About this site     Contact us