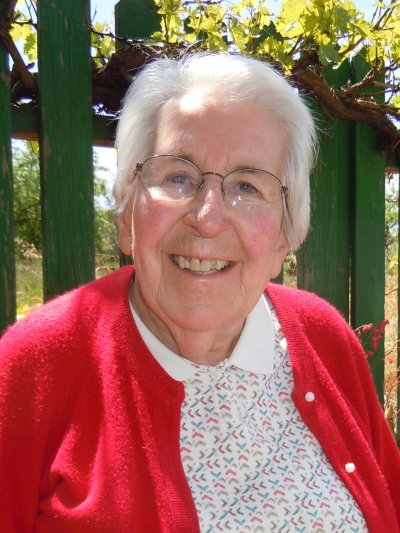 Irma M. Reichmuth, a long-time resident of Pleasanton, died peacefully on August 16, 2019 at the age of 93. She was born on December 3, 1925 and raised in Frick (Canton Aargau) Switzerland.

In 1949 Irma, along with her sister Martha, immigrated to the United States residing in Washington State then relocating to California. Soon after, Irma met her future husband Albert Reichmuth at a Swiss social and married in August 1953 making their home in Pleasanton. Irma loved to cook and had a passion for baking, especially Swiss pastries. She was a member of the Ladies Auxiliary to the Veterans of Foreign Wars Post 6298.

Irma will be remembered for her bright smile – a devoted mother and devout Catholic who will truly be missed by her family and friends.

A service to celebrate Irma’s life will be on Wednesday, August 28, 2019 at 10:30 a.m. at Graham-Hitch Mortuary located at 4167 First Street in Pleasanton. Reception to follow. In lieu of flowers, a memorial may be made in Irma’s name to a charity of your choice.