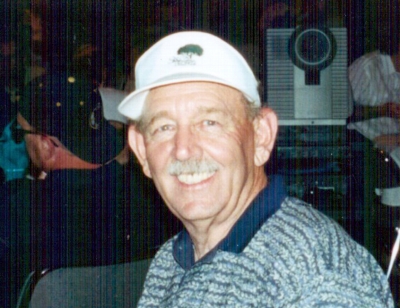 Mr. Jerry Lynn Hill, of St. Louis, Missouri was born on August 20, 1943 in Los Angeles, California, to the late Dorothea Marguerite Hill and the late Paul Wesley Hill who passed away at age 75 on October 16, 2018 in Pleasanton, California. Jerry served in the Air Force from 1963 to 1966. He was the owner of Jerry's Exxon in Pleasanton. Jerry was married to his loving wife, Pat for 51 years. He was preceded in death by his brothers, James Hill and Paul Hill. Jerry is survived by his son, Jeff Hill; daughter, Jennifer Hoobing; sisters, Shirley Sutcliffe and Mary Peterson; and grandchildren, Abby Hoobing, Zack Hoobing, Lindsay Hill, and Madison Hill. Jerry enjoyed his family most of all. He also liked fishing, western movies, Oakland Raiders football, The St. Louis Cardinals, and San Jose Sharks hockey. He was a very proud resident of Pleasanton and volunteered tirelessly with the Jaycees and Pleasanton Lions Club. His Scleroderma benefit golf tournament was his true calling and helped raise over $200,000 for research. Friends and family members are welcome to attend the celebration of life service on a later date.