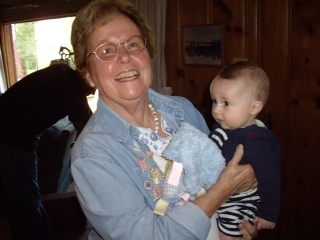 Joanne Boucher Griffith, also known by 'Jo-mamma,' 'Grandma Jo,' or Mom, was an amazing person who passed away at the age of 70 this week from Idiopathic Pulmonary Fibrosis while at Kaiser Hospital in Roseville. She was born in Philadelphia on February 26, 1943 and grew up in Pennsylvania. She married Dave Griffith in 1965 and in 1969 they moved to California to raise their family. In addition to being a caring and nurturing wife and mother, Joanne was a passionate educator and nurse and an outspoken human rights advocate with a strong sense of humor. Joanne had a lifelong love of learning. She constantly read and considered the world and current issues around her. She supported causes that gave opportunities for women and children and took in teens who were having trouble in life. Joanne and Dave sponsored Diana Makkonen to come to the United States from Ethiopia as a young girl to pursue high school and college educations. Joanne was an active member of First United Methodist Church of Loomis as well as Pleasanton Presbyterian Church. She was a fantastic cook and enjoyed hosting friends and family for good food and lively conversation. She was always inclusive of others both at home and abroad, and her warm presence will be dearly missed by her family and friends. She is survived by her husband Dave, her four daughters, and eight grandchildren.

Photo Gallery
0 photos Upload a photo
Remembrances
2 entries Submit a remembrance
From Sheryl Boucher
June 23, 2013
Joanne is also survived by her mother (93 years old) who lives in Roseville, CA, and also her two sisters,living in Mill Valley, CA and Puerto Rico, and a brother in Pennsylvania. Her niece and nephews also mourn her passing. She hosted all of the f...
Read more
Video
Upload a video