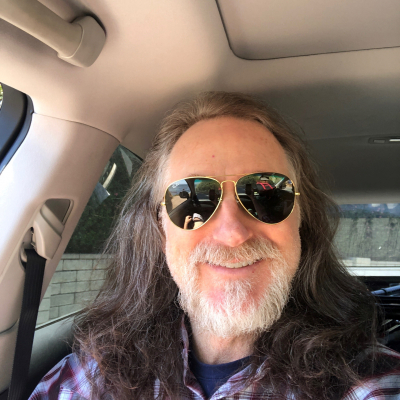 A few days before Christmas, John Brumby Boruk passed away after a hard-fought battle with cancer at the Santa Clara hospital where he was born 58 years ago. Growing up in Pleasanton in the 1970-80s, he was both sensitive and strong, channelling his powerful 6'4" build and athleticism into a love of sports. There wasn't a sport he couldn't quickly master (or beat his older sister at), from the usual team sports, to water/snow skiing, golf, track & field, and everything in-between. His most memorable athletic accomplishment was as a punter for the Amador Valley High School Dons in the early '80s. He continued on as a punter for San Francisco State University where he studied communications. John treasured his friendships, remaining close with many teammates and college buddies until the end. He also loved the excitement of city life, making San Francisco his home for 10 years before settling in the South Bay, then ultimately landing in San Luis Obispo three years ago.

An upbeat (and frequently offbeat) young-at-heart man, he enjoyed traveling, the beach, sports, and hanging out with friends. Some of his favorite trips included childhood summers at his grandparents' home in Baton Rouge, a father-son fishing trip in Canada, and many vacations in Mexico. John loved meeting new people wherever he traveled, especially on cross-country trips during his long and successful sales career in high-end home furnishings. In his 50s, he became more intuitive and introspective, desiring a creative outlet. This led to a newfound passion for making pottery, which he shared with family and friends.

He is survived by his mother, Charlie Sue Boruk; sister, Charlie Sue Back; niece, Olivia Back; nephew, Jason Back; and many relatives in Louisiana and Texas. Private memorials will be held to honor John's life.