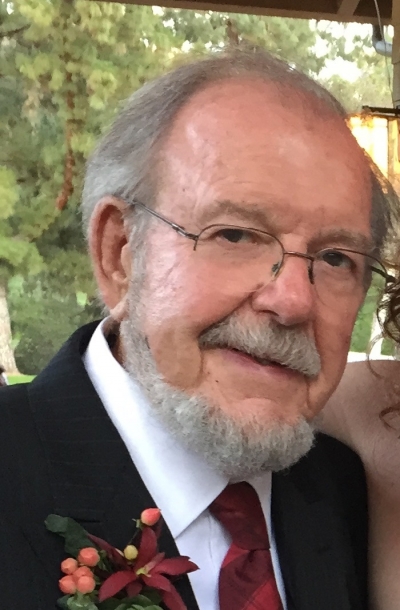 Born in Wausau WI, he attended the University of Wisconsin where he met, and later married, Marilyn Sullivan. After his return from the Korean war he earned a degree in Criminology from Michigan State University.

His professional career included Security Management for Sears and the Hecht Company, and later in Commercial Insurance for Employers Insurance of Wausau.

After living in nine states and fifteen residences, John retired in Pleasanton. He enjoyed fishing, painting, woodcarving, skiing, and traveling extensively in the U.S. and abroad.

Friends and family are invited to the funeral service on Wednesday, April 13th at 10:00am, with viewing beginning at 9:00 am at Graham-Hitch Mortuary, 4167 First St., Pleasanton.

Photo Gallery
0 photos Upload a photo
Remembrances
1 entry Submit a remembrance
From ROBERT HOLMES
May 5, 2016
I MET JOHN AT 24 HOUR FITNESS YEARS BACK WHEN IT WAS ON LAS POSITAS BLVD. JOHN WAS A FINE GENTLE SOUL AND ALWAYS HAD NICE THINGS TO SAY I LOOKED FORWARD TO SEEING HIM WHEN I WORKED OUT MAY YOU REST IN PEACE JOHN, YOUR FRIEND ROBERT HOLMES
About this site     Contact us