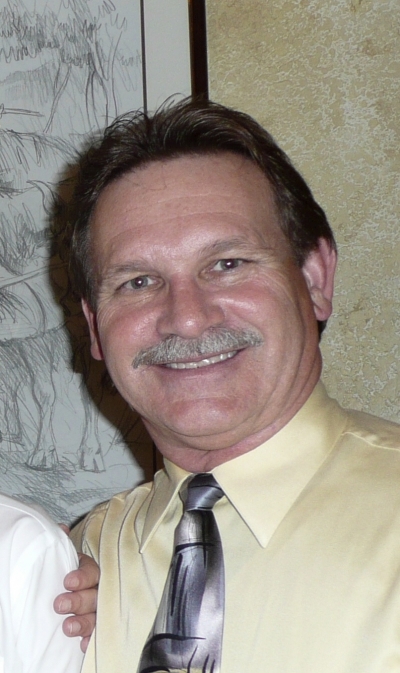 John was born in Oceanside, California and raised in Santa Clara, graduating from Buchser High School in 1970. After high school he enlisted in the US Air Force where he became a sergeant, focusing on veterinary clinic work. He spent 3 years serving out of the US Air Force Base in Ramstein, Germany.

After an honorable discharge, he returned to California where he met his wife Carol. They lived in Pleasanton for 36 years, raising 2 children and adoring, fluffy dogs. John loved spending time at Donner Lake: lounging on the beach, fishing, and going for walks in the alpine air.

He received his Bachelors of Business Science from the University of Phoenix. John worked for 31 years at Toshiba/Canon Medical, starting as an ultrasound engineer and eventually working as a national support specialist.

John was a “Mr. Fix-it” who could be often found tinkering in his tool shop or in the garden. He also enjoyed spending time at the Del Prado community pool, cheering on Bay Area sports teams, and trying his hand at new recipes. He was a friend to all who would share a beer and a foe to the squirrels that trespassed in the backyard.

He is survived by his wife Carol Brachna, children Andrew and Alyssa Goard, mother Kathy Allen, and his brother Michael Goard. He is preceded in death by his father, John Howard Goard.

A celebration of John’s life will be held on March 24. Please contact Carol for details. [email protected]

Donations can be made in honor of John Goard to Melanoma Research Foundation.

Make a donation
Donations can be made in honor of John Goard to Melanoma Research Foundation.
About this site     Contact us