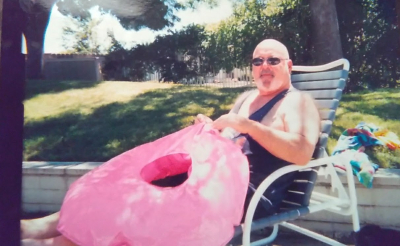 John McAllister, age 73 passed away peacefully with family and friends at his side. He was born June 26th 1943 to Pauline and Byron McAllister in Oakland California. He attended Fremont High, Oakland City College and Chico State, where he received his Bachelor's degree in History. He competed in football and track and received numerous awards, including a record for longest shot put at Chico State, which held for several years. Later, he worked as a laborer, estimator and district manager with West Valley Construction until his retirement. He enjoyed his retirement, he was known for his dry, witty sense of humor, which would have those around him in tears! He was kind and generous and loved spending time with his family, especially his grandchildren and great grand daughter. It gave him great joy to see them excel in their sports and music endeavors. We all loved to eat out with him and he knew the best restaurants in each city and our forever favorite, is La Mexicana in Oakland. As the “Commish" of the 27 year old "I Could'A. I Should'A" fantasy football league, he and his buddy, Bob Goodman, teamed up as the Valley Tigers and enjoyed the fun and competition between family and friends. You could also catch him in the swimming pool, listening to the Blues or Classic Rock, playing golf, hitting the casinos, fishing and he EXCELLED at trivia! He was an avid sports fan of the Raiders, Athletics, Warriors and Sharks! He is survived by his daughter Michelle Trew, son in law Kevin and grandchildren Tyler, Trevor and Tahnee. His daughter Marcie (Maureen) McAllister and grandson Kelani, grand daughter Cheyenne and great granddaugher Aleiah. His sister Sherry Denoncourt, brother in law Ed and cousin Joe Childress. He is also survived by many nieces, nephews and friends who love him. He was preceded in death by his, parents Pauline and Byron McAllister, Aunt Sue Childress and ex wife, Sue White (McAllister).