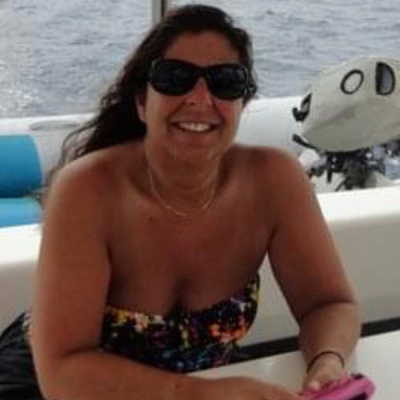 Lori Lecco passed away peacefully at home January 12th. She was born in 1962 and raised in San Jose, California. Lori was a varsity athlete at Blackford high school and went on to graduate from beauty college and opened her own hair salon. Eventually, Lori went to work for the family business, Gagliardi Brothers Realty. During a vacation to Hawaii, she met her husband, Ed Lecco where he was stationed in the Navy.

Lori and Ed married, and they started a family in San Jose, California. The young family moved to and spent 7 years at Barbers Point Naval Air Station in Hawaii. During her time in Hawaii Lori worked with the YMCA’s after school program organizing activities for kids including a stint as the Jets Flag Football coach. Lori also volunteered as a Navy Ombudsman assisting military family with their needs.

In December 1999 Lori and her family moved to Pleasanton California where she returned to the family business working side by side with her Mother Donna the past 20 years. She wore many hats including “Cheer Mom” and “Soccer Mom” for her children. Although She couldn’t swim Lori enjoyed sailing on San Francisco Bay with her family and was an active member of the Encinal Yacht Club.

Lori’s dream was to be a Grandmother, and that dream became a reality with the additions of Hunter and Charlotte in 2019.

Lori’s life was grounded by family, from early life until her death. She was always the first to strike up a conversation with a stranger and you could hear her laugh across the neighborhood.

She will be sorely missed by many.