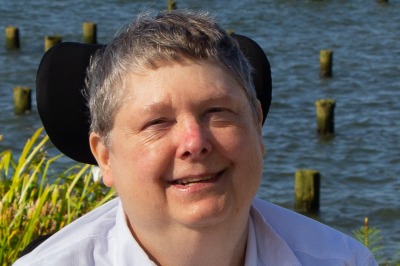 Margaret Ann (Peg) Fluck Smith passed away on October 19, 2022, in Portland, Oregon. The daughter of Paul George Fluck and Ella Lillias Dicke, Peg was born on November 9, 1948, in Madison, Wisconsin. She grew up in the close-knit neighborhood of Orchard Ridge, attending Madison schools through her graduation from West High. Four years at Oberlin College led to a BA in Biology (1970) and a friendship with Gary Richard Smith, whom she married on December 28, 1970. They were a mutually supportive couple for more than 51 years, enjoying especially their travels in the western parks and in Europe.

Peg's graduate studies at the University of California, Berkeley, resulted in a PhD in Zoology (1978) and an enduring and productive research career at Berkeley’s Museum of Vertebrate Zoology, focusing on the genetics and evolution of mammals. She retired early due to disability caused by multiple sclerosis. Thereafter, Peg served as a volunteer, applying her tutoring and computer skills.

Peg and Gary lived in Pleasanton, California, for 39 years, where they raised their son, Brian Kendall Smith. In 2016 they moved to Willamette View, a retirement community in the Portland, Oregon, area to be near their son, daughter-in-law, and grandson.