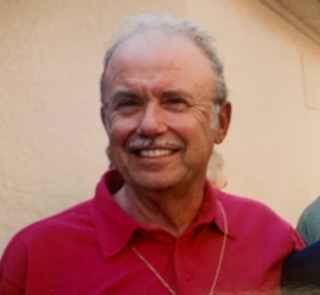 Nino Pompilio passed away on 5/2/21 at the age of 87. Nino was born June 20, 1933 in the Bronx, New York City to parents who had immigrated from Italy. He lived in "Little Italy" and immediately after WWII ended moved to Queens, NYC where he attended Middle School and graduated from Richmond Hill High School. He attended The College of Engineering at NYU in pursuit of a Metallurgical Engineering Degree. After 3 years, he enlisted and served in the Army during the Korean War. While he primarily served Stateside, he attended a multitude of Army Schools where he met his wife-to-be Rose. After he was Honorably discharged from the Army in 1955, he returned to NYU graduating in 1956. He and Rose were married on 9/2/1956. He worked as a Chief Welding Engineer in Nuclear Technology first in the construction of nuclear submarines, culminating with construction of nuclear power plants. He retired in 1993.

Nino and his family moved to Pleasanton in 1968 where he resided for the past 53 years. He was active in the community, particularly in youth sports. He was a coach and served on the boards of PJFL, and Competitive Girls soccer for over a decade. He became a licensed soccer referee and was involved in the formation of girls Softball in Pleasanton.

After his retirement, Nino became a member of the SIRS (Sons in Retirement) organization. He served on both the State and local levels of Branch 34.

Nino is survived by his loving wife Rose of 65 years, his 3 children Terri, Maria, and Chris and their families, their 6 Grandchildren and 8 Great-Grandchildren. His younger sister Virginia and her family live in Florida. He was predeceased by his parents Theresa and Cesare and younger brother Robert.

If you wish to make a donation in his name, the family asks that it be made to Wounded Warriors, St. Jude's Children's Hospital, Salvation Army or any charity of your choice.

Photo Gallery
0 photos Upload a photo
Remembrances
0 entries Submit a remembrance
Memorial service
Memorial Mass will be held 5/21/21 9:30 am St. Augustine’s Catholic Church in Pleasanton, Ca.
Make a donation
If you wish to make a donation in his name, the family asks that it be made to Wounded Warriors, St. Jude's Children's Hospital, Salvation Army or any charity of your choice.
About this site     Contact us