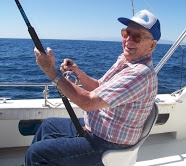 It is with great sadness that the family of Orville “Ole” Clifford Olesen announces his passing at his home after a brief illness on Sunday April 21, 2019, at the age of 95 years. He was a long time Pleasanton resident and touched many lives with his outgoing personality, positive outlook on life and generous spirit. Orville was the 11th child of Ole C. Olesen and Christina (Hendrickson) Olesen born in Graettinger, Iowa on March 16, 1924. He was a World War II veteran and served at the Naval Air Station Alameda, CA during the war. He met his future wife Betty Reali at a USO dance during the war and they were married February 17, 1946. Ole and Betty started their married life in Emeryville and San Leandro while Ole worked in San Francisco as a typewriter technician. He started his own office equipment business, Valley Office Equipment, renting a small space (ex Western Union office) on Main Street in Pleasanton in 1959. He later expanded this business to Livermore with a new building on 3rd street and then to a larger store on Portola Avenue. He was well known in the Tri-Valley area for his strong work ethic and personal service for the community’s business needs. He continued to run his business into his 70’s. Ole and Betty have two daughters, Kathy and Karen, and moved the family to Pleasanton in 1965. He loved the outdoors and all animals, especially horses, and was very active with his children in the Eden Colts Junior Drill Team, a 16 horse and rider precision team that traveled to rodeos, horse shows and competitions throughout the state. In the early 1970’s, he purchased ranch property and cattle in Brentwood as a hobby and spent many weekends on the property for round ups, trail rides and barbeques with family and friends. His other passion was deep sea fishing. In the early 1970’s, he began travelling to the small fishing village of Los Barriles, Mexico on the East Cape of Baja California Sur on the Sea of Cortez. He loved to fish for Marlin, Dorado and other large game fish and was a strong proponent of catch and release. Ole made many friends in the small Mexican community and was well known by the locals for his friendly smile, love of fishing and fun. Ole is survived by his wife of 73 years, Betty of Pleasanton, and two daughters, Kathy La Fountaine of Pleasanton and Karen Olesen of Brentwood. He is preceded in death by his parents, four brothers and six sisters. Norman, Virgil, Merville (Nip), and Clarence Olesen; Edna LeDuc, Sylvia Olesen, Lavinia Brobst, Viola Enger, Lillian Lammers and Vivian Larson; and four step grandsons David, Steven, Robert and Joseph La Fountaine along with many nieces and nephews. His generous, positive spirit and love of life will be missed by all who knew him. No funeral services will be held as this was Ole’s wish.