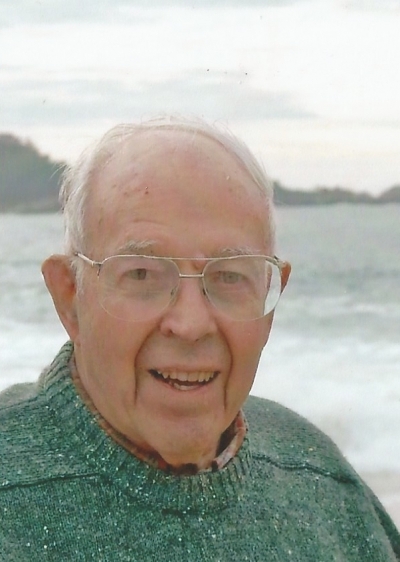 Phil was born in Iola, KS and moved to Springville, CA as a young boy. He grew up there and graduated from Porterville High School in 1943, receiving his diploma and World War II draft notice on the same day. He served as an infantryman and was wounded in action in Germany, earning a Purple Heart.

Upon his return home, he attended Stanford University on the G.I. Bill. He graduated in 1950 with a Bachelor's degree in Mechanical Engineering and was commissioned as a second lieutenant in the US Air Force. He married the love of his life, Doris Eleanor James in 1958. Phil served in both the Korean and Vietnam wars while in the Air Force, and retired highly decorated as a lieutenant colonel in 1969.

After his military career, he and Doris settled in Pleasanton, CA where they raised their three children. He continued working as an engineer until his retirement in 1986. In 2010 Phil and Doris relocated to Red Wing, MN to be closer to their children and grandchildren.

Phil always enjoyed a good meal or dining out and vacationing with family at favorite California locations including Carmel and Mendocino. He was an avid writer and penned several short stories, some of which were published in anthologies. He was also a long time, dedicated member of Toastmasters, remaining active until his final year of life. He will be remembered as a kind, gentle, and generous man, with a great sense of humor and boundless curiosity.

He is survived by his children James (Melinda) Mitchell of Richland, WA; Donald (Therese) Mitchell of Red Wing, MN; Jeanne (Allen) Spalding of Sanford, MI; five grandchildren Andrew, Scott, Philip, Theodore, and Peter Mitchell; two step-grandchildren, Kirsten and Tyler Spalding; and brother, Russell Mitchell. He is also survived by children from a previous marriage, Phyllis, Ann, and Thomas. He was preceded in death by his wife, Doris Mitchell, and his sister Sue.

Photo Gallery
0 photos Upload a photo
Remembrances
1 entry Submit a remembrance
From sergi constance
April 17, 2018
Play free spider solitaire online game,with out any registration and no download required,this is right time to all game users,so click here this visit and get this game free spider solitaire friends you have p...
Read more
Make a donation
http://www.montereybayaquarium.org/support-us/ways-to-give/options
About this site     Contact us