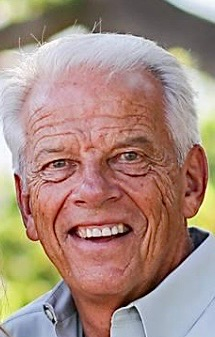 R. Norman Nelson, Jr. of Brentwood, California passed away on Thursday March 10, 2022 at the age of 78. Born on October 6, 1943 in San Antonio, Texas to the late Betty (Cline) Nelson and Ralph N. Nelson Sr., Norm graduated in 1961 from Thomas Jefferson High School in Dallas, Texas. After high school, he attended the University of Texas and graduated in 1965 with a degree in Business Administration. In 1966 he met and married his wife, Grace. He then went on to receive a masters degree in marketing from the University of California, Berkeley in 1967. He completed Naval Officer Training School in 1968 and was stationed in Hawaii where he served until 1971.

After working for Exxon for 18 years, Norm changed careers becoming a Real Estate Broker. As a Broker, he specialized in residential real estate in Pleasanton and the Tri-Valley area for 25 years until he retired in 2014.

In 1975 Norm moved his family to Pleasanton, Ca., where he volunteered in many youth sports programs. He was also involved in several professional organizations including a golf group whom he met with regularly. Norm was also very involved with his church, serving on numerous boards and committees. He truly loved the Lord and his community. After 38 years in Pleasanton, Norm and Grace moved to Brentwood in 2013 just prior to his retirement.

Photo Gallery
0 photos Upload a photo
Remembrances
0 entries Submit a remembrance
Memorial service
A Celebration of Life ceremony will be held at The Rock Church 2615 Camino Tassajara, Danville
About this site     Contact us