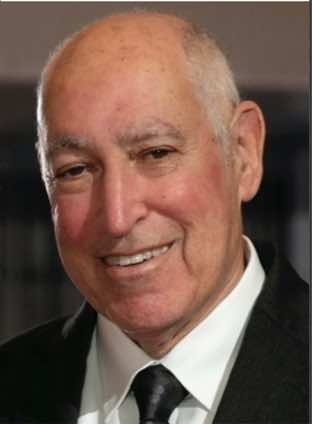 Ralph Kleinert Bleier, of Danville, California peacefully passed away at home on Sunday, April 5, surrounded by his wife and three children. Born in New York City on March 12, 1947, he was the third son of Jeanette and Richard Bleier and grew up in Chappaqua, New York. He graduated from Horace Greeley High School in 1965 and earned a Bachelor’s of Science in Business Economics from New England College in 1969. He was a Ski Instructor at Pat Peaks in Henniker, New Hampshire and an avid baseball and soccer player. After graduating, he joined The Peace Corps, became a social worker in New York City, and a youth group leader at Temple Beth El in Chappaqua.

In the winter of 1971, he met the one true love of his life, Kathleen Kelley, in White Plains, New York. They were married less than a year later. Their first child Kenneth, was born in 1974, their daughter Kelley in 1976 and Jason in 1979. They raised their children in Chappaqua, New York, before relocating to Alamo and Danville, California in 1989. From vacations to the lake house in Vermont to ski trips to the White Mountains back East, and later, Lake Tahoe, he did more for his family than most fathers could provide in multiple lifetimes.

Ralph fell in love with the Bay Area - the sunshine, topography, and lifestyle. He was committed to building a new community for his family and friends inspired by his passion and devotion to his faith and honoring his parents' legacy. In 1998, the family joined the Beth Chaim congregation and Ralph became a member of the Board of Directors. As the longest-tenured President in the history of the synagogue, Ralph was a pillar of the community and led the capital campaign that successfully built the first synagogue in Danville.

He was the ultimate provider with an exceptional work ethic that brought promotion after promotion. Beginning his career as an account executive, he quickly became branch manager, then Vice President of Sales, eventually rising to the heights of Chief Operating Officer. His accomplished career continued as he developed a stellar Real Estate business as a top producer and award winner.

Anyone who knew Ralph knows that his integrity, devotion, sensitivity, and commitment to his community, faith, friends, colleagues and family were unparalleled and never questioned. His lifelong passion of music, film, theater, animals, technology and a general intellectual curiosity drove him to continue learning and discovering. From Scuba and Skydiving, to cruises all over the world alongside his beloved wife Kathie, his appetite for new adventures and meeting new people was never satisfied. With a gentle smile and a kind heart he always brought out the best in everyone, the true definition of a mensch.

The unending love for his family gave him the courage to face his 17 month journey with Glioblastoma, Brain Cancer, with bravery and dignity. He selflessly used his precious time to help nurture, inspire and comfort others facing similar struggles. He is remembered and cherished by so many, especially the love of his life, best friend and wife of 47 years, Kathie; his three children Kenneth Bleier and his wife, Marija, Kelley Cohen and her husband, Arie, and Jason Bleier and his wife Klara; his five grandchildren who he adored: Ethan and Averie Bleier, Kyla, Noah and Eli Cohen; his brother Richard Bleier and late Brother Steven; the extended Bleier family, and countless lifelong friends.

A celebration of his beautiful life will be held at Beth Chaim Congregation in Danville, California at a later date.

In lieu of flowers, donations can be made to the Glioblastaoma Foundation https://glioblastomafoundation.org/get-involved/donate or simply pay if forward with an act of kindness as Ralph would have wanted.

May his memory forever be a blessing.