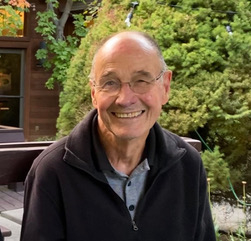 Dr. Roman was born in St. Maries, ID October 4, 1941, the only child of Margaret and Richard Roman. He spent his early years in Boise, ID. At age 13, his father, who was a Civil Engineer, moved the family to San Luis Obisbo to work for Cal Trans.

Richard graduated from San Luis Obisbo High School in 1959. He continued his education at UCLA and transferred to UCSB where he completed his undergraduate degree. He continued on to Dental School at UCSF and graduated in 1967.

He then joined the US Army as a Captain and married Beverley before reporting for duty in Fort Dix, NJ. They spent a wonderful 53 years together. Their daughter, Kimberly was born while the two were in Fort Dix. Richard was stationed in Korea and Texas before returning with his family to San Francisco to start his Oral Surgery Residency at UCSF. Their son, Eric, was born during this time in San Francisco.

In 1973 Richard and his family moved to Pleasanton, CA where they would set roots. Richard opened an Oral Surgery practice in town. He loved his patients and took great pride in providing excellent individualized care. He was forced to sell the practice in 2006 to fight his first battle with cancer. After winning the battle, he would occasionally work for the group to whom he sold his practice.

Richard was a quiet gentle person who’s smile was genuine and infectious. You could find him most days in his workshop happily woodworking or reading a book. Richard will be greatly missed by his wife, Beverley Roman, daughter, Kimberly Roman (Roman Nelson), son, Eric Roman (Caroline Dunn), and grandchildren Bailey, Nathan and Charlie.

At his request, a service will not be held. In lieu of flowers, donations to the Cancer Society or Hope Hospice are greatly appreciated.