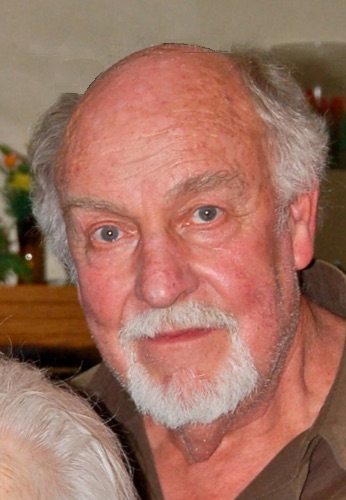 Robert James Harrach (Bob) of Pleasanton, California passed away on August 14, 2022 in Walnut Creek, California at the age of 85 years. After several years of declining health, cared for with love and skill by his son, Ben, he died peacefully with his son David by his side.

Bob was born March 30, 1937 in Sterling, Colorado to father, Elmer William Harrach and mother, Esther Viola né Simmerman Harrach. Bob’s grandparents on both sides of the family (Ludwig and Anna Elizabetha Harrach, and James and Nelsena Simmerman) were among the pioneering settlers who transformed prairie into agricultural land in the area of Proctor, Colorado, northeast of Sterling in Logan County.

As a teenager, Bob himself was a roustabout on the oil rigs outside Sterling. The youngest of four children, Bob grew up in Sterling where he excelled academically (especially in math, science, and art) and in sports (especially baseball) and he graduated Salutatorian of his high school class of 1956. He attended Dartmouth College in Hanover, New Hampshire on an academic scholarship and earned his bachelor’s degree in Physics from that institution in 1960. He later would return to Dartmouth as visiting faculty in 1978-79. Bob earned his PhD in Physics from the University of Colorado, Boulder (CU) in 1965. He worked at the National Bureau of Standards in Boulder for two years before he joined the Lawrence Livermore National Laboratories (LLNL) in Livermore, California. Bob remained with LLNL for the remainder of his career; he worked predominantly with lasers, environmental monitoring, and subjects of national security. Bob married Nadine né Ginther Harrach in 1962. They lived in CU married student housing as Bob completed his PhD and they drove a green convertible Spitfire. Bob and Nadine’s boys were born and raised after Bob’s career took him to California. An ardent golfer and baseball aficionado, Bob was an attentive father who spent his Saturdays playing ball of one sort or another with his sons and attending their Lacrosse and football games. Later, he would devotedly attend his grandchildren’s Lacrosse and soccer games, Karate events, and piano recitals. Preceding him in death were his parents, sisters Virginia Lavonne Martin (Howard) and Elma Joyce Weber (Albert), older brother Dr. Russell Wayne Harrach (Edna), niece Connie né Martin White, and nephew Russell Harrach Jr. He is survived by his former spouse, sons David Robert Harrach (former spouse Rebecca) and Benjamin James Harrach, three grandchildren, Luke, Julia, and Samuel, seven nieces and nephews, including Tina né Harrach Denetclaw (Wilfred), and 16 grandnieces and grandnephews. Bob Harrach was a beloved son, brother, father, grandfather, uncle, and granduncle, and he will be dearly missed by his family.