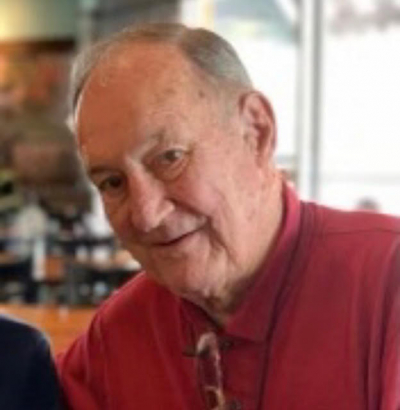 Robert (Bob) Vollgraf passed away September 11 at the age of 81. Born in Corning, New York, on December 27, 1939, Bob was a graduate of Elmira High School and Rio Hondo College. He proudly served in the US Army Military Police and Army Reserves from 1959 - 1963.

Bob worked in sales in the automotive tools and equipment industry for more than 50 years. He was a resident of Pleasanton for 47 years and was active in the community as President of the Pleasanton Valley Swim Club, and Little League coach for many years in the 1970’s. He also enthusiastically supported Judy’s Assistance League events.

He never met a stranger, and had a joke for everyone he met. He’s now telling his bad “dad jokes” to a new eternal audience. Everyone will remember him for his sense of humor and generosity.

He was most proud of his grandchildren and would regale anyone who would listen with stories of their latest accomplishments.

He will be missed by many.