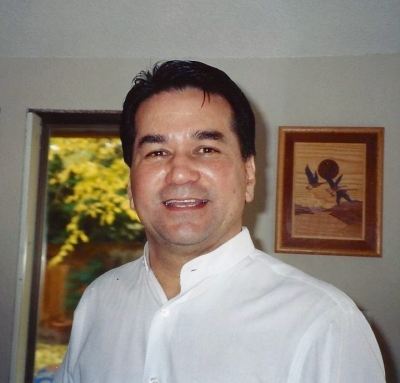 Roland Gerald Garrido of Danville, California, was unexpectedly called home to be with his Lord and Savior, Jesus Christ, on Thursday, June 11 due to cardiac arrest. He will be remembered for his generous giving spirit, quick and keen humor, and wondrous joy of life.

Roland was born on April 8, 1949, in Barrigada, Guam, to Jesus and Mathilda Garrido (both deceased). When he was three years old, the family moved stateside and settled in Hayward, California. Roland graduated from San Lorenzo High School in 1967 and then enlisted in the United States Air Force. During his military service, he aided in the cleanup and relief after hurricane Camille while stationed in Biloxi, MS in 1969. He received technical training while billeted in South Korea, which served him well in his career in technical sales, and later, recruiting. Roland was always ready for an adventure and enjoyed road trips, hiking and the outdoors, building and fixing things around the house, tinkering with cars, reading, and especially spending time with family and friends. He was known for his kind and giving nature and serving and helping others whenever the opportunity arose.

Photo Gallery
0 photos Upload a photo
Remembrances
10 entries Submit a remembrance
From Nona Renfro
Oct. 15, 2015
Just heard of Roland's passing. So sorry for your loss, my thoughts and prayers are with you. Roland worked for me at Xerox and was the ultimate professional who was always willing to take on any assignment. He will be missed.
Video
Upload a video

Memorial service
A memorial service will be held on Friday, July 17, 2015 at 2 p.m. at Community Presbyterian Church in Danville, California.
Make a donation
Memorial contributions may be made to the Wounded Warrior Project or The Macedonian Outreach. https://support.woundedwarriorproject.org/default.aspx?tsid=72&source=WEBSITE http://www.macedonianoutreach.org/donate_main.shtml
About this site     Contact us