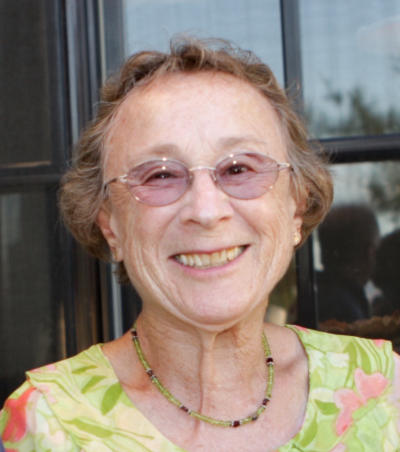 Miss Sally, as she was fondly called, was known to many for her fierce determination, her generosity and her volunteerism.

Sally was born on December 26, 1927, in New York City, the daughter of Arthur Ray Brown and Bertha Losak Maderas Brown. She grew up in the Ferrer Colony, an anarchist community in Stelton, New Jersey, attending the Modern School. She graduated from the New Jersey College for Women, and earned a Masters in Education from Rutgers University.

Sally was a much-loved elementary school teacher in Livermore (known to her students at the time as Mrs. Feinberg) from 1964 until her retirement. She then began a new career as an attorney, graduating from the JFK School of Law in 1992. For seven years she served as a volunteer attorney for Legal Services for Seniors.

Sally was a recognizable presence in Livermore: at concerts at the Bankhead, listening to music at the farmer’s market, attending community events, shopping at thrift shops and walking everywhere. She had a regular gig singing folk songs at the VA Medical Center in Livermore.

Sally was a devoted long-time member of Congregation Beth Emek from its days in Livermore, and generously supported the building of the synagogue in Pleasanton. Sally loved to sing in the Beth Emek choir, knit with the Crafters group, and compose hysterically funny parodies for the synagogue’s annual Purim celebration. She was an avid participant in the synagogue’s Torah study group, and had a favorite seat in the sanctuary (“that’s where Sally sits”) for worship services. Sally was best known for her outspokenness and her sense of justice. Her passion and her integrity earned her the admiration of all.

Sally was preceded in death by her daughter Judy Feinberg, and is survived by daughters BJ Bernette and Susan Feinberg, son Marvin Freedman, four grandchildren and three great-grandchildren.

A memorial service will be held on Monday, September 12, at 2:00p at Congregation Beth Emek, 3400 Nevada Ct., Pleasanton.

In lieu of flowers, donations may be made to Congregation Beth Emek (www.bethemek.org) or a charity of your choice.

Photo Gallery
0 photos Upload a photo
Remembrances
0 entries Submit a remembrance
Memorial service
A memorial service will be held on Monday, September 12, at 2:00p at Congregation Beth Emek, 3400 Nevada Ct., Pleasanton.
Make a donation
In lieu of flowers, donations may be made to Congregation Beth Emek (www.bethemek.org) or a charity of your choice.
About this site     Contact us