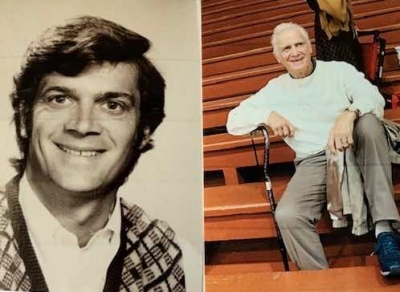 Steven James DeCoite, 77 years old, passed away unexpectedly from a heart attack on Monday, April 6, 2020, in Pleasanton, California. He was born August 30, 1942, in Oakland, California, to Pauline Hansen and Ernest DeCoite. He was the older brother to siblings Eddie and Linda. He was raised in San Leandro, California. Steve was a graduate of Bishop O’Dowd High School ’60, San Jose State University ’64, Georgetown University School of Dentistry ’68 and Loyola University Chicago School of Orthodontics ’70. Shortly after graduating Orthodontics School, Steve by then had married his high school sweetheart and settled in Pleasanton to start a family and begin his Orthodontics practice.

Steve and Dr. Gerald Lamberti opened their offices in Pleasanton and Fremont. Steve was a member of Catholic Community of Pleasanton’s St. Augustine’s Church and a member and past President of the Pleasanton’s Men Club. He was a dear friend to many people in Pleasanton. An exceptionally kind and caring man; he met weekly at Vic’s for breakfast with a group of close friends from the Men’s Club.

He loved the Raiders, the Warriors and the Oakland A’s. He grew up attending all of their games - always rooting for his ‘home’ team.

Steve was a great athlete, excelling in all sports. He loved basketball and played at the collegiate level while in undergraduate school. He was also an avid tennis player and golfer. Steve golfed at Castlewood Country Club and Monterey Peninsula Country Club. He also spent many happy years with his family and friends at their home in Carmel.

Family meant everything to Steve and he truly enjoyed spending time with them. He enjoyed watching them follow in his footsteps excelling at school and sports. He always attended their events or games whether near or far even in his later years when he tired easily. This was what he lived for and gave him great satisfaction. He will be greatly missed by his loving and devoted wife of 55 years, Jane (Gonsalves), daughters Monique (Dave) Jasper of Orinda, Jennifer (Steve) Saylors of Pleasanton, and sons Jamie (Tori) of Alamo and Jonathon (Marni) of Pleasanton. He was a loving Papa to his granddaughter Rylan Jane DeCoite, and grandsons Drew, Kyle, and Brett Jasper, Brennan DeCoite, Jack Saylors and Colton, Noah and Steven James III (Tripp) DeCoite.

He is also survived by his brother Ed (Diane) DeCoite of Livermore and his sister Linda (Tim) Dalton of Pollack Pines; nephews Ernie DeCoite and Michael and Brian Papka; and his niece, Darcy DeCoite.

The family is unable to hold a memorial service due to the current health crisis but plan to hold a Celebration of Life in the near future.

Anyone wishing to make a donation in his name might consider giving to Michael J. Fox Foundation, as Steve spent the last 20 years battling Parkinson’s Disease.