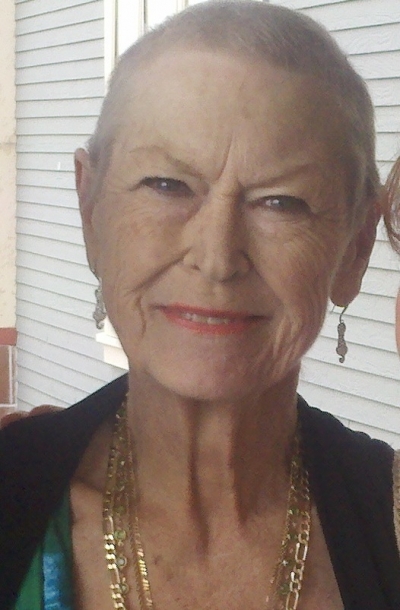 Susanne Vivion Cook, 75, passed away peacefully at her home on Sept. 23 with her two daughters by her side.

Susanne was born April 24, 1938 in San Bernadino, CA to Lee Emmet Vivion and Mary Eliza Vivion. In her younger years, Susanne?s family moved frequently due to her father?s changing occupations. Susanne attributed her flexible character to the experiences she gained while on the road with her parents. Her older sister, Shirley, was 12 years her senior and married young, so Susanne grew up mostly an only child. In 1959, Susanne married Maurice Cook, Jr. and they made their first home in Garden Grove, CA where they had their two daughters, Cheryl and Carol.

In 1970, Maurice took a job in Northern California, and Susanne?s family relocated to a small 1.5-acre ranchette in Pleasanton. It was here that Susanne would live for the rest of her life. She had many fond memories "on the farm" while raising her family. She learned to grow much of the food she prepared - from fruits and vegetables to pork chops and chicken. Until just recently, neighbors would still see Susanne out front feeding her pet goose.

Susanne was very devoted to raising her girls, and later spoiling her grandchildren. She was also a dedicated and loyal employee. She so very much loved her work and was a gifted communicator. The last 30 years of her professional life was spent working for Bank of the West as an executive secretary. She reluctantly retired in June 2007 when the commute to San Francisco became too much for her.

In her leisure time, Susanne loved to travel. She and her husband traveled to places like Panama, Alaska, New Orleans, Hawaii, the Grand Canyon, and embarked on several cruises as well. Closer to home, Susanne loved taking frequent trips to Tahoe and Reno with her husband and friends. She enjoyed the challenge of video poker and loved the sound of slot machine jackpots!

When she was not traveling, Larry, Wally, and Honey kept Susanne company at home. A visitor would never see her sit alone in her chair without one of these three loving and devoted cats by her side, or sitting on her shoulder, or sleeping on her lap, or curled up on her feet. She jokingly would say that she never had time alone with her "three boys" doting over her all the time.

Susanne is survived by her daughters and their husbands, Cheryl and Stuart Craig, Carol and John Styles, five grandchildren, Jimmy, Susie, Katie, Shelby, and Jessie, and sister-in-law, Marlana Dickey.

Susanne was preceded in death by her husband, Maurice, in 2012, and her sister, Shirley.

A Celebration of Life will be held at Faith Chapel, 6656 Alisal St. on Saturday, Oct. 26 at 10 a.m. In Lieu of flowers, feel free to donate to the Wounded Warrior Project, which provides programs and services to severely injured service members during the time between active duty and transition to civilian life. You may donate at www.woundedwarriorproject.org

Photo Gallery
0 photos Upload a photo
Remembrances
1 entry Submit a remembrance
From Judy A. Lee
Oct. 22, 2013
Cheryl, your mother was beautiful, and I see so much of you in her beautiful face. Unfortunately I will not be able to make it to the Memorial due to a prior year-long planned engagement. Again, my thoughts are with you all. Your mother ap...
Read more
Video
Upload a video