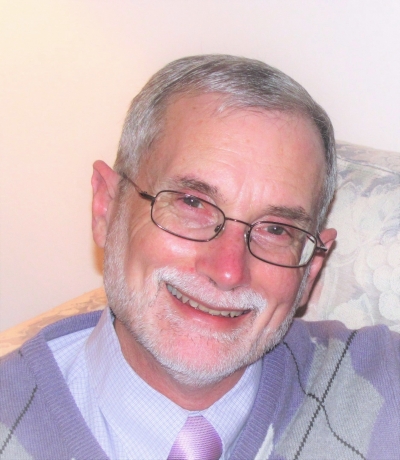 Timothy Andrew McCarthy, nicknamed “Father Tim” for his poignant prayers, went home to be with Jesus on May 12, 2019 after battling cancer. He was 67. He died at Stanford Hospital in Palo Alto while undergoing a stem cell transplant to battle Hodgkins Lymphoma. Tim enjoyed golfing as well as restoring classic cars and marched for years with the Balloon Platoon of Pleasanton. He found joy in baking, particularly cakes and pies. He brought a careful attention to detail to both his professional and personal life. Professionally, he worked as a project manager for QuadraMed. He held a business degree from Holy Names College. Active in Bible Study groups and church choirs throughout his life, he loved lifting up prayers to his Heavenly Father. He and his wife, Sherry, were enthusiastic, long-term members of Lasers through Lafayette-Orinda Presbyterian Church and he also served as an elder at First Presbyterian Church in Livermore. He was born in Utica, NY to Edgar Eugene (Mac) and Carolyn McCarthy. He is survived by his wife of 43 years, Sherry McCarthy of San Ramon; his children Scott (Amy) McCarthy of Livermore, Patrick (Jolane) McCarthy of Folsom, Heather (Sean Bolen) McCarthy of San Francisco, and Shannon (Jeff) Linn of Folsom; grandchildren Grant McCarthy, Dean McCarthy, James McCarthy, Reid McCarthy, Wesley Linn and Jane Linn; siblings Michael (Barbara) McCarthy of Tennessee and Maureen (Tom) Rose of Connecticut; mother-in-law, Jane Campbell of Pasadena; 12 nieces and nephews. He was predeceased by his sister, Kathy Burke. The family is grateful to the caring staff in Unit E1 at Stanford Hospital.