Vincent Delaney, a 50 year resident of Pleasanton, died on March 28, 2015. He was born in San Jose, CA. He was an Army Veteran of the Korean War. He moved to Pleasanton with his family in 1965. He retired from Operating Engineers Local Union # 3 at the age of 62. He is survived by his wife of 60 years, Donna Delaney, and children; Lori Adkins, John Delaney & Jeri Delaney, his grandchildren; Daniel Adkins, Russel Delaney, Max Delaney, Brooke Delaney & Taras Lysyk. 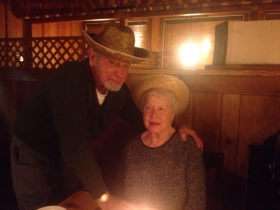 Remembrances
4 entries Submit a remembrance
From Jeri Delaney
April 21, 2015
Dad with his children
Memorial service
A memorial service will be held at the Veteran's Hall in Pleasanton on Sunday the 12th of April at 4 pm. Reception to follow.
About this site     Contact us