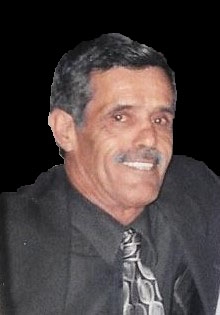 Frank Richard Shenave, age 76, passed away peacefully surrounded by his loving family on Thursday October 17, 2019, at the Veterans Hospital in Palo Alto. He was born September 19, 1943, in Livermore, to Frank and Rose Shenave. A Pleasanton native, Frank married his High School sweetheart Jackie Nelson. Frank proudly served his country in the Army as a paratrooper in 1965-1967. After the army he followed in his father-in-law’s footsteps and became a roofer. He pursued his roofing career into the 90’s. In 1979 he and his wife decided to start their own business venture with his in-law’s Jay and Jeanne Nelson, they purchase Pastime Poolhall, which closed its doors in 2014 after 35 years. Frank truly lived life to the fullest, his love for his family and friends was as deep as his ties to the Pleasanton community. He preceded in death his parents Frank and Rose Shenave, Brother Will Mendonca, sisters Donna Martin and Patti Correa. He is survived by his wife, Jackie Shenave, brother Norman (Patty) Mendonca, sister Sandy (Ray) Sevier, sons Frank (Chessa) Shenave Jr, William Shenave, daughter Jennifer (Avery) Flores, Grandsons Derek (Cassie), Josh, Kole, Kyler, Dylan, Connor, and many nieces, nephews and cousins.

Family, friends, and others whose lives Frank touched are invited to the Celebration of life at Veterans Memorial Building, 301 Main Street Pleasanton, CA on Saturday November 16, 2019 at 11am.