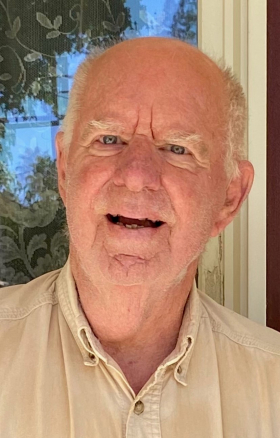 Born in Greensburg Indiana, Roy came to Pleasanton California at the age of 5 in 1949 with his parents Robert and Virginia Hamilton. He graduated from Amador Valley High in 1963 and started his long career with United Parcel Service in 1965, retiring in 1997 after 32 years of service.

He married classmate Sherrill in 1966 and they raised their family in the Pleasanton Victorian home he lived in since 1959. He took great pride in the historic home and Sherrill made it a special place where all the children and grandchildren wanted to be at the holiday season.

Roy and Sherrill enjoyed traveling the world, from their trips to China and the South Pacific to Egypt and the Holy Land, north to the Arctic Circle and south to the Amazon River. Roy often said” Life is great! We’ve had it good and done it all!”

He was preceded in death by his parents and Sherrill. He is survived by his children Cindy Twiddy (Tony), Nina Schrote (Tom), and Keith Hamilton, also 8 grand children and 4 great-grandchildren.