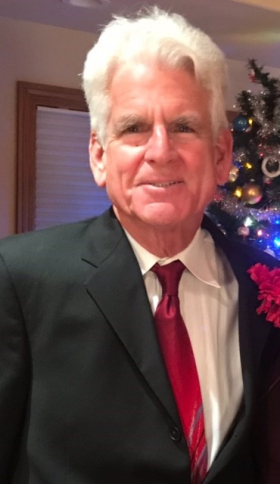 Kevin Ryan took his last flight to heaven Dec. 15 at age 71. He was born in San Mateo, the fourth son of Margaret Schott Ryan and Captain Joseph Ryan. He graduated from St. Gregory’s Catholic School, Serra High School, both in San Mateo, and received his Bachelor of Science degree in Engineering Technology from California Polytechnic State University at San Luis Obispo in 1974.

Kevin worked as a manufacturing engineer for 45 years at several companies, including Lam Research in Livermore. The thrill of his life was manufacturing sail cloth for the 1992 America’s Cup.

Kevin married Sandra Sanfilippo, also from San Mateo in 1980, and they moved to Pleasanton with their daughter, Andrea “Dre”, one year later, where they lived for 40 years. He was a great adventurist. A private pilot, he flew his airplane to exciting locations. He volunteered for 30 years for the Collings Foundation that brought their World War II airplanes to Livermore Airport and cities throughout the country. Kevin was an award-winning runner, a backpacker and hiker. He was a proud member of the Knight of Columbus at the Catholic Community of Pleasanton.

A Funeral Mass will be held at St. Augustine’s Catholic Church, located at 3999 Bernal Ave. (at East Angela St.) on Wednesday, January 12, 2022, at 10 a.m., followed by internment at St. Augustine’s Catholic Cemetery on 5750 Sunol Blvd., Pleasanton. The funeral will be live-streamed on You Tube and Face Book at the Catholics Community of Pleasanton.

In lieu of flowers, the family requests donations in Kevin’s name to the Senior Support Program of the Tri-Valley, or the Yosemite Conservancy.