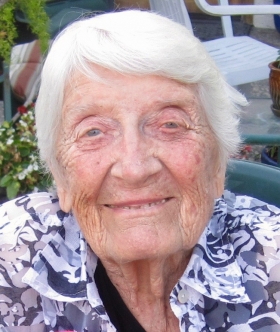 Peggy Greve Schwartz, 95, died peacefully on in Pleasanton, CA, surrounded by her loving family just days before her 96th birthday and weighed only 2 pounds 4 oz. when born. Peggy was born in Colorado to Alma and Harry Greve. She had a beloved older brother Maynard Greve who predeceased her. Peggy attended high school in Denver and then attended Colorado College where she met the love of her life, Robert Hincke Schwartz. They married when he surprised her on leave while serving as a Naval aviator in the South Pacific in WWII. Upon his return they lived in Colorado Springs and had their first two children Donna and Randy. They soon moved to Alameda, Ca while Bob was still serving in the Navy. They eventually moved to Pleasant Hill and lived in Gregory Gardens and had 3 more children, Janet, Barbara and Rick. They lived in Pleasant Hill for 12 years and then moved to San Jose. It was at their Almaden home where Peggy spread her wings and started a 45 year career in education in the Oak Grove School District that saw her serve as a teacher and counselor, She ended her career as Vice Principal in San Jose Unified School District. Peggy obtained two MA’s in Counseling and School Administration. Peggy’s encouragement and example touched many peoples lives and gave them the impetus to excel and go on to greater things. Upon retiring, Peggy had many hobbies and interests to fill her time. Her love of the outdoors, and with her Colorado upbringing, made her and Bob avid tennis players, golfers, and Peggy, a downhill skier. She loved gardening and bridge too. Peggy and Bob moved to Salinas and then Morgan Hill, giving up tennis but still playing golf whenever they could. After her husband of 61 years passed on she moved to Livermore and then Pleasanton to spend her final years closer to family. Peggy was a loving mother, devoted wife, grandmother and great grandmother. She will be missed by her children: Donna (Tom) Hawkinson, Randy (Diane) Schwartz, Janet (Jimmy) Ghiorso, Barbara (Jim) Randleman, Rick (Trisha) Schwartz. Her 8 grandchildren Graham and Ryan Hawkinson, Michael Christman, Matthew, Robert and David Randleman and Daniel and Eric Schwartz. She had 11 great grandchildren and 2 adult nieces. She will always be remembered for her positive outlook on life, her quest to try new things, her ability to multitask, and her devotion to her family and her many friends. In lieu of flowers, donations can be given to Hope Hospice, 6377 Clark Ave, Suite 100, Dublin, CA 94568. Private family services will be held at a later date.