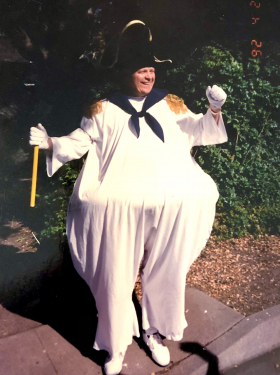 Richard L. Howard led a very full life from January 21, 1932 to July 15, 2021. He was a very big man with an even bigger heart who LOVED ice cream. His life came to an end as his heart simply wore out. He was born in Decatur, Illinois and in his lifetime lived in New York, Ohio, California, Colorado and the Sate of Washington. He traveled the world – one of his favorite past- times. He met his wife, Joanne, while attending Case Reserve University. They were married 67 years. He received a four year, full ride athletic scholarship playing basketball. There, while breaking many records, he received the coveted award, The Willaman Trophy, in 1955. He was indoctrinated into the University's Hall of Fame and invited to tour Asia with the Goodyear Basketball team on a USA goodwill tour. He played in the league that preceded the formation of the NBA.

The quality of his leadership skills, his competitive spirit, his creativity, his enjoyment of people, his work ethic and the fun he brought to every challenge he undertook followed him throughout his life. The projects he took on were always intertwined with his sense of humor and “can-do”spirit.

These same qualities have been expressed in his four children and grandchildren: Leanne (Howard) Montoya of Florida, Lauri Jo (Howard) James and sons Dane and Deon of Idaho and California, Lynnea (Howard) Washburn and sons Tyler, and Nate of Washington and Nick of California. Also his son Rick Howard of Michigan and Rick's sons, Chase of Michigan and Micheal of Florida.

He was able to know his great grandchildren Zeke and Niya Washburn and Peyton Washburn (soon to have a little brother). He was a terrific husband, dad, granddad and great granddad. He was a man of God. He was preceded in death by his parents, Chester and Thelma Howard, his brother Jim Howard and and sister Suzanne Olson.

Dick was a craftsman remodeling a boat, a camper and an abandoned horse barn into an exquisite home and building a brand new home at the age of 72! He was the first Commodore of the Balloon Platoon, a comical marching group from the Pleasanton Presbyterian Church which performed throughout the United States and several places around the world. He was President of Rotary in Pleasanton, Ca. and of the Carbondale, Co. Rotary Club. He was active in the Pleasanton Senior Housing Project and Habitat for Humanity. He sculpted a life- size horse and a family totem pole. He also wrote poetry about many of his friends. He loved big challenges and when asked how he intended to proceed, he replied ,“just like you eat an elephant, one bite at a time” - when he wasn't eating ice cream. He was a blessing to those who knew him. He was a remarkable man and will be missed terribly. He will always be remembered with love and a chuckle. We look forward to the time when we will be together once again and with Jesus.