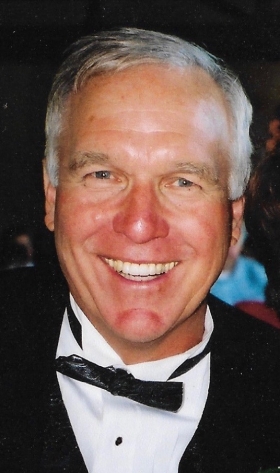 With heavy hearts, we announce the passing of Bob Molinari. He was born on Valentine’s Day in 1946 to Mary Cull and Guido Molinari in San Francisco, California. He was a deeply loved and adored husband, father, grandfather and brother, who lived a full and beautiful life, enduring Parkinson’s Disease for the past seven years. Bob graduated from Sacred Heart High School in San Francisco, CA, and then from San Jose State University. Bob was proud of his devoted career as a San Francisco Fireman, retiring as a captain after thirty years of service. Two of Bob’s greatest passions were music and tennis. Bob was a drummer throughout his life, playing with various bands as a member of the Musicians Union Local 6. Playing tennis with friends and family gave Bob a lifetime of wonderful memories. Bob’s greatest love was time spent with his family. He will be deeply missed by his adoring wife of fifty years, Kathy (Farr), son Steve (Julie), and daughter Leslie (Nigel) Pugh. Bob was a devoted grandfather to his five grandchildren, Lucy, Matthew, Tommy, Nicholas, and Ava who lovingly called him their ‘Nonno”. He is survived by his brothers Jim and Jerry, and his sisters Joan and Carol, as well as many cousins, nieces, and nephews. May kind thanks to Tom Vuebalavu, Bob’s caregiver for fourteen months, who tended to Bob’s needs with compassion and dedication. A celebration of Bob’s life will be held when restrictions are lifted. Donations can be made to the Micheal J. Fox Parkinson’s Foundation of Hope Hospice of Dublin.