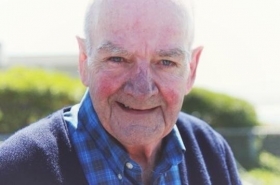 A memorial service will be held at 10 a.m. on Saturday, Feb. 15, 2014, at the Masonic Home in Union City, 34400 Mission Blvd. A celebration of life reception will follow for family and guests.

In lieu of flowers, the family requests donations to the Alzheimer?s Association of Northern California, 1060 La Avenida St., Mountain View, CA 94024, or by calling, (650) 962-8111. Tom was a care giver for his wife Kathy and believed in the educational programs of the association.

Tom was a great, honest hardworking man, I was lucky enough to have known and worked with him for many years. He loved his wife and girls so very much. My thought and prayers are with them.

I am so very sorry to hear about Tom. My prayers go out to his family.