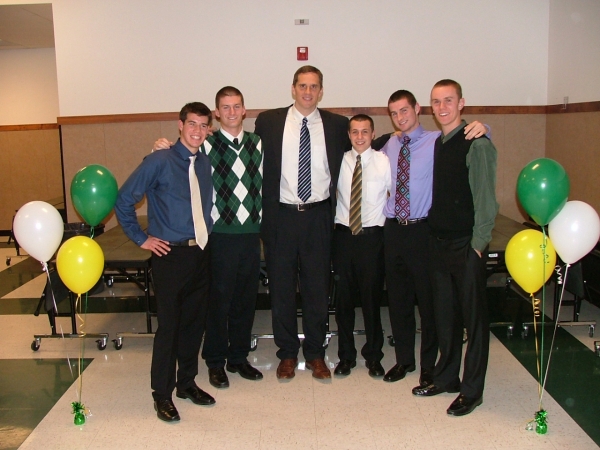 San Ramon Valley High School basketball alum Mark Madsen (Class of '94), who also starred at Stanford and helped the Lakers win 2 NBA titles, returned to his alma mater Monday night to speak to this year's crop of players and parents at the annual basketball banquet. Mark stressed to the players that as members of a large and close fraternity of SRV players throughout the years, they will come to use many of the lessons they've learned as part of the program. Here Mark mixes with this year's 5 seniors who were honored for their 4 years of playing SRV basketball. (L-R) Griffen Kapulica, Gavin Foltz, Madsen, Clayton Correa, Logan Louks, and Michael Hernbroth. - Mar 19, 2012