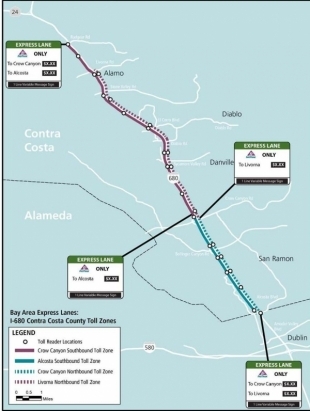 Previous information stated that charges would only apply during the old carpool lane times, so there would have been no degradation for non carpool users during 9am to 3pm, and after 7pm. But, based on this, there are no free rides until 8pm.
So there goes my commute in BOTH directions. Thanks, Caltrans! (Not).

The Art of Bill DiMichele: Cross Section of a Moment
By John A. Barry and Bill Carmel | 0 comments | 260 views