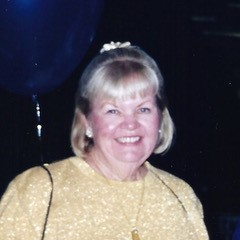 On August 20, 2021, we lost an amazing wife, mother, grandmother, great-grandmother, sister, and friend. Joan (Joanie to all of us) passed away in Boise after a long period of ongoing health problems. She had health issues since she was very young and never complained. She was born in Oakland California on July 27, 1936 to Lauretta and Jack Kavanagh, Sr. She was the eldest of three children, followed by Jack Jr., and Jim. She was an outstanding lady who’s first priority was her family and friends and doing the best job she could in those endeavors.

Joan attended Sacred Heart in Oakland, All Saints in Hayward, and graduated from San Lorenzo High in San Lorenzo. She graduated from UC Berkeley with a BA in Japanese History and attended Seattle University to get her teaching license. She met her future husband, John while in Seattle, where they settled. When her parents decided to step away from the family business, Kavanagh Liquors, she was offered the opportunity for her and her husband to join brothers Jack Jr. and Jim in continuing the family business. She and her husband moved to California where they raised six children. After her children were raised, she became a more involved and important member of the success of Kavanagh Liquors and its expansion.

Joan became very involved in the Pleasanton community. She was President of the Pleasanton Chamber of Commerce in the late 1990’s, active in Pleasanton’s Blairgowrie Sister City Committee, Rotary member for many years and served as president in the 1990’s. She served for several years on the Social Justice Committee at St. Augustine’s Catholic Church which disbursed funds to worthy charities and special projects both nationally and internationally. Joan was a very strong proponent of education and its importance to her children’s upbringing. She was active in American Association of University Women (AAUW) where she served as Branch President of the Tri-Valley Branch. She went on to serve on the State and National level. She was the local Arrangements Chair for the conference of IFUW (International Federation of University Women) held at Stanford University. While with AAUW, Joan was instrumental in setting up Tech Trek, a program encouraging middle school girls to pursue their interests in the sciences. She also was involved in Open Heart Kitchen. Joan was an avid reader and belonged to several book clubs throughout the years. She always had a book recommendation on the tip of her tongue and loved discussing them.

Upon her and her husband’s retirement, they moved to Lincoln California for a while. Their son Joe convinced them to move to Boise to be closer to many of her family that had settled there.

Joan loved to travel and cruised most of the world. She enjoyed the live theater and visiting museums wherever and whenever she could. She was a devoted friend and annually gathered with her bridesmaids. She also travelled annually with a group of special local friends: Betty, Ginny, Joan L., and Patty.

Joanie was a sweet, fun loving, amazing woman who always was interested in what you were doing, asking thoughtful questions and listening with genuine interest to what you had to say. For those who had the pleasure of spending time with Joan, they always received a warm smile and a feeling of caring. She will be greatly missed.

A memorial service will be held later this year.