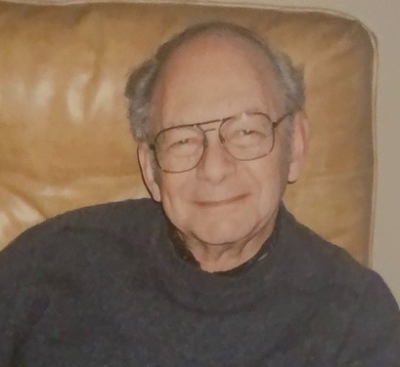 Leo Barsotti was born December 1, 1928 in Bakersfield, CA to Natalie and Clay Barsotti, immigrants from Italy. In 1945 his family moved to Santa Rosa, CA. His natural curiosity and interest in science converged and he dreamed of becoming a chemist or a science teacher. After two years at Santa Rosa Junior College he transferred into the Chemistry department at UC Berkeley, graduating in 1950. Soon after he began his 40+year career as a chemist.

In 1955 he married Mary Cerro and within a few short years their family grew to five with Cathy, Peggy and Jim. He often said that Mary and the kids were the best things that ever happened to him. In 1957 he joined Kaiser Aluminum where he worked for almost 35 years. During his working career as a chemist he enrolled in the MBA program at St. Mary’s College, graduating in 1978. He retired in 1991 to explore new opportunities and enjoy more travel with Mary. One of those opportunities was becoming the science teacher at Sunol Glen School. Teaching science to children became one of his greatest challenges and joys. Leo served as an inspiration and role model for many chemists and budding scientists he met in the children he taught.

His contributions outside the field of chemistry were also noteworthy and a testimony to his kind and giving character. He and Mary volunteered many hours to help start a local hospice organization with Leo drafting the early non-profit documents. This small volunteer organization grew into what today is Hope Hospice (which provided helpful care for Leo in his last days). Deeply appreciative of the opportunity for higher education, he served for many years on the alumni board of St. Mary’s College. A member of the Catholic Community of Pleasanton, St. Augustine Church, for 55 years, he served the church in various capacities.

Leo loved traveling near and far, whether it be a road trip or by plane. During their San Mateo years, the family trips to Coyote Point Park to play became an opportunity to quiz the kids on the name and design of commercial jets flying into San Francisco Airport and imagine from where they were traveling. He was a voracious reader, a lover of museums, and a student of history. He enjoyed spending time with family and friends, especially his Center for Technology colleagues and donut shop buddies. Prompted by his wife, he became an avid walker, until he broke his hip in January of 2020.

Leo is survived by his wife Mary; his daughter, Catherine (Robert Johnston); his daughter Peggy (Marty McCaslin); and his son James (Carme Barsotti); four granddaughters Rachel Seymour, Ruth Barsotti, Rebecca Barsotti and Faith Barsotti; and his sister Gloria Mahler (Charles Mahler) as well as many nephews and nieces. He and his endless curiosity about all of life will be greatly missed.

Due to pandemic regulations, the funeral and graveside services were held on November 13, 2020 at St. Augustine Church, Pleasanton and Skylawn Memorial Park, San Mateo, with a limited number of immediate family and long-time friends. The family has asked that memorial donations be made to St. Mary’s College of Moraga, CA (https://www.stmarys-ca.edu/giving), Hope Hospice of Dublin, CA (https://hopehospice.com/donate/online-donation-form/) or a charity of your choice.